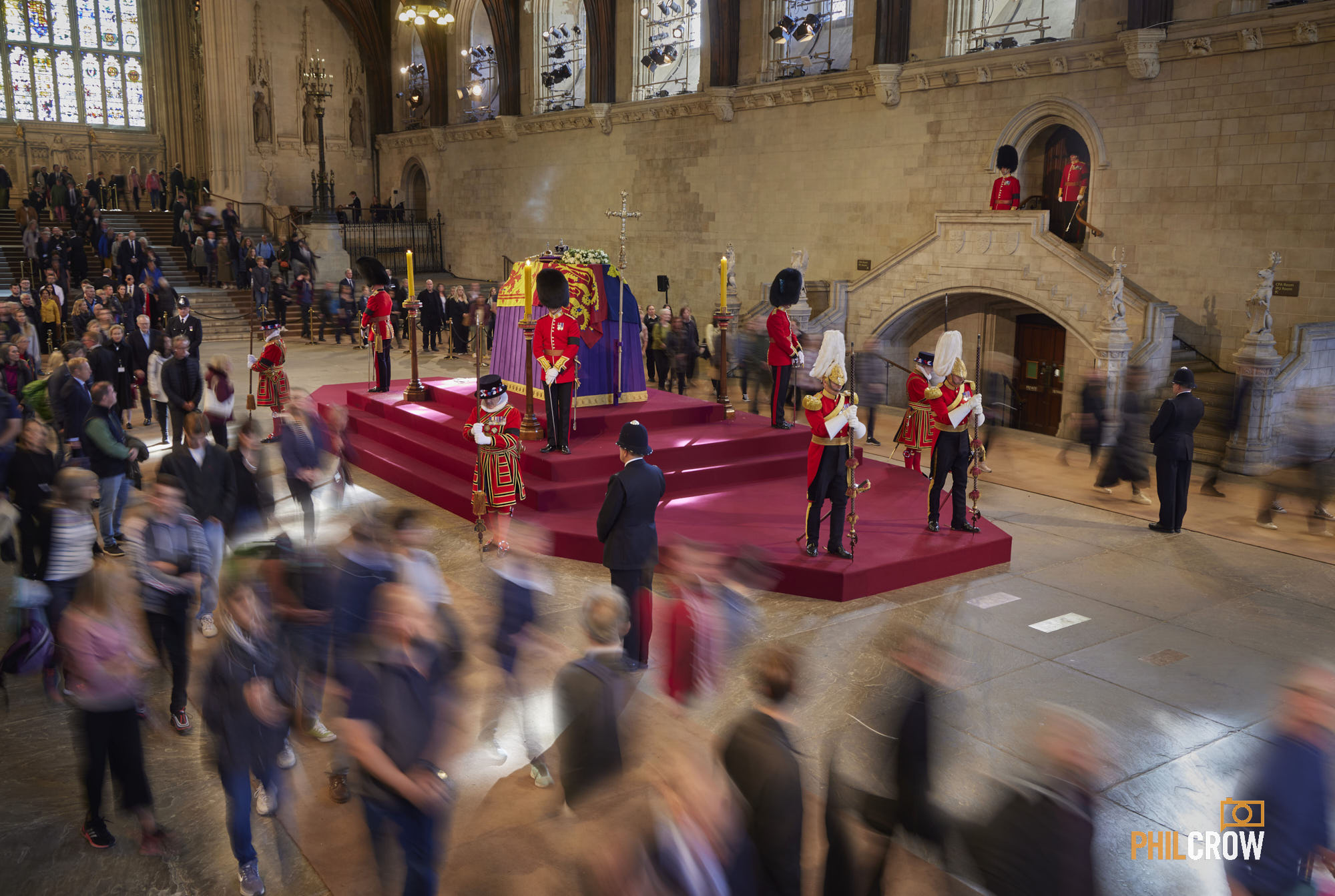 Friday 16th September and I’d been granted permission to photograph the Queen lying-in-state at Westminster Hall.

When I got down to Westminster it took a while to wrangle my time slot: I’d got moved from 10am Friday to 10am the following day back to 11pm Friday evening and finally to 4pm.  PHEW!

The logistics dealing with just the media side is a massive operation as they eyes of the world are on this major event. The media team were doing a fantastic job dealing with press from around the world but we all, clearly, needed to have some flexibility.

After the usual security checks and a briefing on dos and don’ts, the small group I was with were ushered in at a side door. As the door opened it was like walking out of a TARDIS and into history. I took to the first of my two allocated positions: We were there to record the scene and be onlookers but not to disturb what was happening before us. This was quite stressful at one point as I had to climb up a rickety ladder with all my kit!

The view was breathtaking and there is a quiet that you would not expect. Only the shuffle of feet and the occasional sob breaks the eerie silence. Then the double tap of a sword raises everyones heads and a new detail of soldiers make their way into the Hall to relieve the guard around the Queen’s coffin. Like a well oiled machine, the changeover is flawless to watch. If there is one thing the British do well, it’s pomp and circumstance.

Even the most cynical could not fail but to be moved.

I’ve photographed all sorts of scenarios during my career but this has to go down as one of the most humbling and I wouldn’t have missed it for the world.

Even in death She united the Nation.